History of the Area

Ute Indians were the first to come to the Ohio Creek area, using it as a hunting ground every summer. You may well find arrowheads along the creek bed or in the draws.

Spanish explorers came through the Gunnison valley, and French and American mountain men probably came through the area on hunting, fishing, and trapping expeditions, but they left little trace. In 1853 a survey party for the Transcontinental Railroad passed through the Gunnison River valley. One of the men, John Gunnison, gave his name to the town, although he spent only three days in the region and was killed not long afterwards by the Utes.

A Ute council fire, from the 1887 book The Crest of the Continent, by Ernest Ingersoll

In the late 1800s, the first white settlers arrived in the Gunnison region, living peacefully with the Utes at the beginning. The town of Gunnison was settled in the 1870s and became the county seat in 1877. 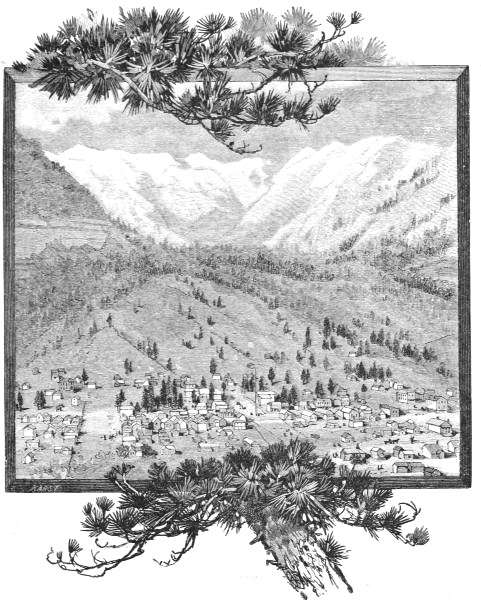 The town of Gunnison in 1887, from the same book

Homesteaders created fields where there had been stands of willow, and built ditches to carry water to the sagebrush hills. They grew hay and raised cattle for the growing mining industry in the valley: gold, silver and coal were mined in the towns north of Gunnison. One of the restored buildings at Eagle Ridge, which is now a rental house for the ranch, was originally a stagecoach stop. In 1880, a railroad spur was built through Gunnison and up the Ohio Creek valley all the way up to what was then the small village of Castleton, and is now Castleton Ranch. Although the tracks are long gone, you can still trace the winding grade of the railway in certain places on the ranch. When the mines ran out, the economy collapsed, but local ranchers stayed. One of these ranchers was Edward Teachout, and others include Towners, Campbells, Littles and Mashburns. The Miller family also ranched in this beautiful spot. The red barns that are now the Eagle Ridge Ranch headquarters were built by the Mashburns as a showplace for their cattle. Local ranchers still remember the high-dollar auctions there.

Brothers Jerry and Lee Dusa, with their wives Greta and Gail, bought the property in 1994 with the goal of developing it in a way that preserved the land and views of this beautiful valley for future generations.